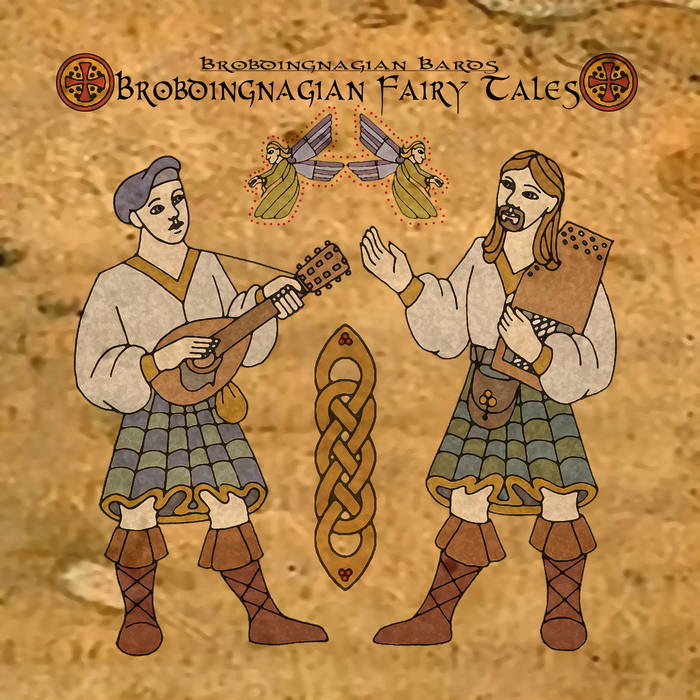 A warm fire of your favorite fairy tales, Irish folk songs, and fantasy filk music from Brobdingnag. Order a Guinness and smile to Irish drinking songs, The Princess Bride, and Star Wars: A New Hope.

You don't believe me? Listen to our new CD. We picked our favorite Irish Pub songs and timeless fairy tale filk music and tenderly recorded them on a CD. We lovingly mixed and mastered this album with all the Brobdingnagian passion we could muster. Then Andrew and I added a sweet tear drop to each recording to add that extra bit of love.

Once the CD was mailed to the printers, we threw our hands in the air and danced around the room laughing and dancing a jig. Our kilts bounced up high as we shouted out, "It's done! It's done! It's done" in unison. Then we grinned. It was good.

Now that our part is done, we are ready to share it with you. To steal a phrase--this is fun for the whole family. There are some fun, clean Irish pub songs (they do exist!). We picked, found, and wrote some classic folk songs and filk music ("filk" is Fantasy/Sci Fi-based folk music) and recorded those as well.

You will hear songs from Peter S. Beagle's amazing novel, The Last Unicorn. I wrote a song based on the children's book, The Paperbag Princess, and another inspired by The Princess Bride. Then there's a parody of a Schoolhouse Rock song, a song that inspired the title of my solo album "Soul of a Harper" by fantasy authoress, Rie Sheridan.

And I'd be a fool not to mention that "The Jedi Drinking Song" is finally available on an album!

Yup! We play Irish music. So there are a few drinking songs like "Old Dun Cow" and the popular "Lily the Pink". Then we cross geographic boundaries to give you a romantic folk song in Italian!

You will hear a parody inspired by Buffy the Vampire Slayer called "Angel's Lament" (written before Angel got his own TV show). Oh! Let's not forget we have a couple of live tracks that will leave you roaring in disbelief. (Godzuki? Geriatric what?) And who can forget that monstrous classic "Monster Mash".

Yes. It's all there and then some. You asked for these songs for the past three years. Well, you don't need to ask again. The album is done!

So close your eyes a moment and just imagine.

Imagine your glow of satisfaction when our CD arrives in the mail. You rip open the box and tenderly place it in your CD player.

Now you can relax and slip into bardic bliss. All your favorite songs from the last two years are now recorded. Don't you feel happy. And you thought it wouldn't happen. See!

MUSIC FIT FOR A FAIRY TALE

So grab your bow and arrows. Strap on your lightsaber, and hear the musical story of how you too can live happily ever after!