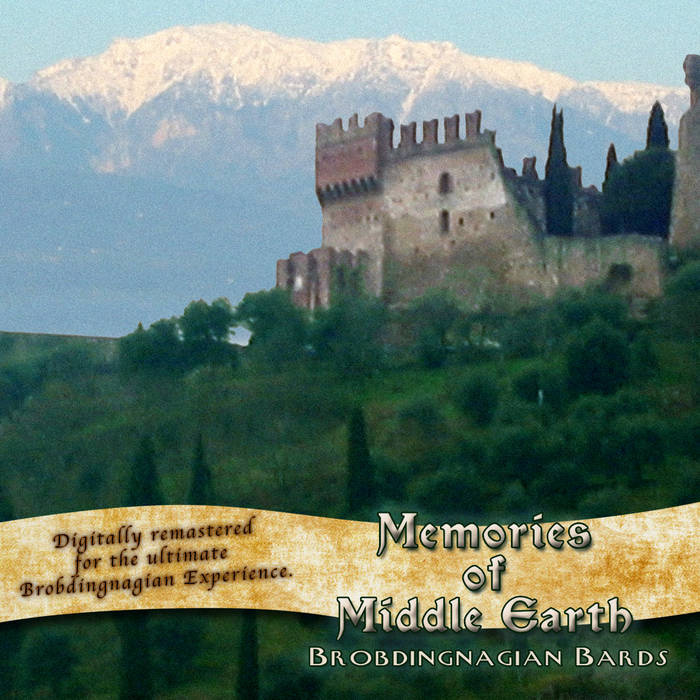 All-natural, soothing and fun, acoustic music from Hobbiton and Rivendell? That's Memories of Middle Earth, a Celtic Folk tribute to JRR Tolkien's The Hobbit & Lord of the Rings.

You can join others and own a Free Tolkien MP3. "Tolkien (The Hobbit & Lord of the Rings)" was downloaded over a million times before it was released on "Memories of Middle Earth," the Brobdingnagian Bards exciting tribute to JRR Tolkien's Lord of the Rings.

The success of their Lord of the Rings Music earned them a live performance at a 2004 LOTR Oscar Party in Hollywood. Their music continues to inspire LOTR music fans worldwide.

Now you can download a Free MP3 and sample their beautiful CD, Memories of Middle Earth. After all, you Owe It To Your Elf to listen!

This album was remixed and remastered in 2013 to celebrate its 10th anniversary of production.