I Will Not Sing Along 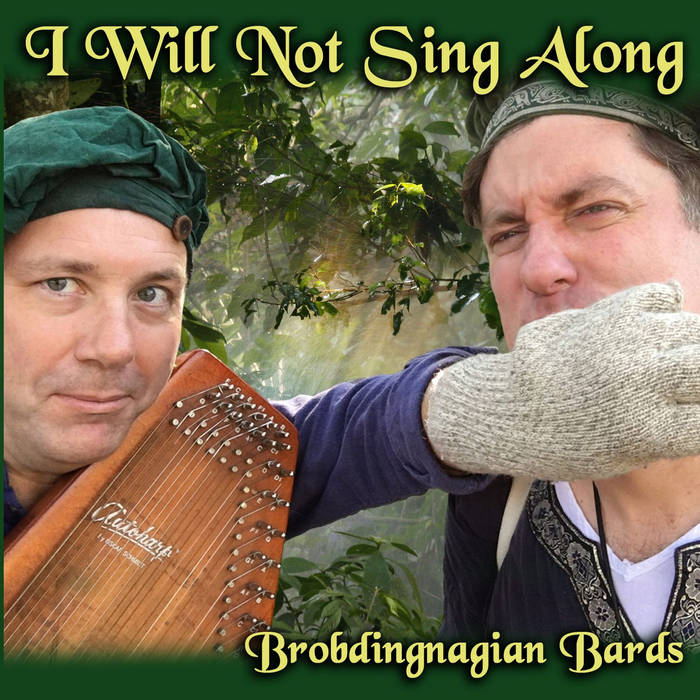 Brobdingnagian Bards are back with their 10th studio album after performing together for 20 years. I Will Not Sing Along captures fan favorites. You will explore the Magical Mystery Lore of Renaissance festivals at the end of the universe. The Celts strike back with Bard Wars that will leave you smiling and breathless with delight.

Become a Brobdingnagian Damn Hero with songs Sand tunes inspired by Star Wars, Lord of the Rings, Firefly, zombies, and traditional Irish music all with the Bards trademark comedic twist.

And this all from a band that officially broke up in 2008.

That's because Marc Gunn (autoharp, vocals) and Andrew McKee (recorder, mandolin, vocals) still had stories to tell. They had songs already written. They needed to be shared.

That's why the band officially reunited in 2018, so they could complete this long-awaited album.

There were over thirty songs to choose from. But the music business is ultimately about new, original music. So they decided to focus on mostly original compositions with a few nods to their Celtic heritage.

I Will Not Sing Along will make you want to sing and dance, and most of all... SMILE!

Brobdingnagian Bards are the award-winning "legendary" Original Celtic Renaissance duo that exploded onto the scene after tremendous success, first on MP3.com, then at Renaissance festivals and science fiction conventions around the nation. You've not lived until you experience a Bards show firsthand. Visit their website at www.thebards.net ** to subscribe to their mailing list and find out more.

** Yes. We also own BrobdingnagianBards.com. But you try typing that into the search engine. That' a LOT of typing!!!!