Songs of the Muse 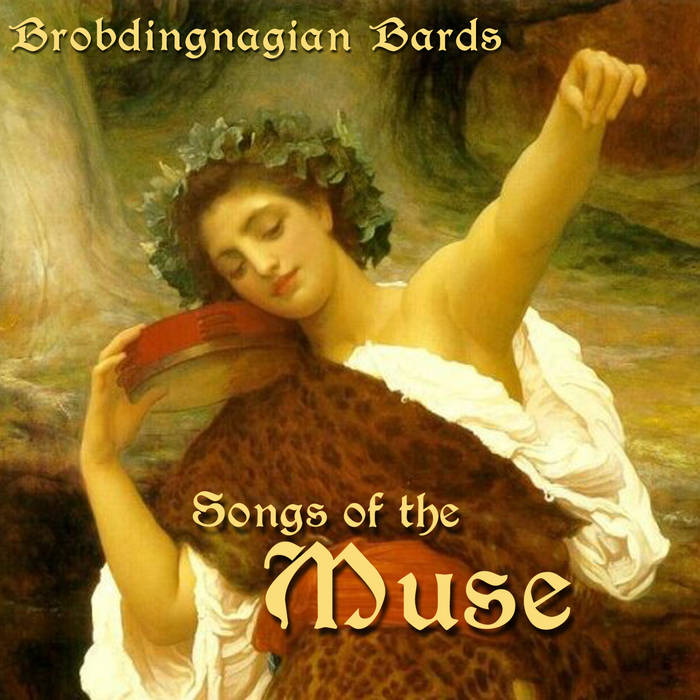 The Brobdingnagian Bards rose to international fame in just three years due to the success of this CD. SONGS OF THE MUSE is an instrumental album filled with nearly sixty minutes of beautiful Celtic Renaissance melodies instrumentals. But it was the initial release of "TOLKIEN (The Hobbit & Lord of the Rings)" that guided their success.

"TOLKIEN" topped the MP3.com Celtic charts for 32 weeks in 2001. This success led to over a million downloads of that one song and launched their career. But "Tolkien" wasn't the only hit from Songs of the Muse. Their adapation of "Greensleeves" held the #1 slot on MP3.com's Renaissance charts for sixteen straight weeks in 2000. Turlough O'Carolan's masterpieces, "Eleanor Plunkett" and "Carolan's Concerto" likewise topped the charts. But the most popular songs on the album are the original songs, like "Shepherd's Serenade", "Valeria", and "Maids in the Meadow".

The music is beautiful and inviting, and no doubt one of the most romantic albums you will hear this year. If you enjoy romantic instrumental Celtic or Renaissance music, you will fall in love with this album again and again.


ABOUT THE BROBDINGNAGIAN BARDS

The Brobdingnagian Bards (pronounced brAHb'ding-näg-EE-en) are The Original Celtic Renaissance music group from Austin, Texas offering free Celtic mp3 downloads. They perform a unique style of music combining Scottish and Irish folk songs with music inspired by the Lord of the Rings, performed on non-traditional instruments--autoharp, recorder, and mandolin.

In just five years, they've completed six studio albums and performed coast-to-coast. Ask their fans, and they'll tell you The Bards are just plain "fun!" Which makes sense since, after all, they just love the music.

...the Austin-based Bards are masters of traditional folk. Like a Celt-Renaissance They Might Be Giants, [their] albums are equal parts lilting melodies and good humor. Their song "Tolkien (The Hobbit & Lord of the Rings)" is an unexpected MP3 hit." -Austin Chronicle